Around June of 2017, an Arabic word ‘Sarahah’, which means frankness, did round in social media. Sarahah is an iOS, Android and Web-based application that allows its users to create and share links in order to seek anonymous feedback. Although the reception was great initially, there have been multiple accusations that Sarahah stores its users address in their website and that applications of this kind encourage abuse.

This movement intensified when a woman from Australia started an online petition request the closure of Sarahah and similar applications after her daughter faced abuse from friends. Offensive, disgusting and abusive are some words used by victims of offensive feedback to describe their experience after using this application. In spite of these accusations, there hasn’t been any update to sensor feedback. Eventually, in February of 2018, Google and Apple announced that they dropped this application.

The story isn’t over yet. Sarahah is not the first app that had this feature and not the last. Let us know more about the entire scenario of applications allowing anonymous feedback.

Curious cat is another social networking website that enables you to connect with thousands of strangers and helps you to share your views while being anonymous. This site is extremely convenient and provides a variety of features we personally look forward to.

This app is available on Android Play Store. It is downloaded more than 100,000 times and has an average user rating of 3.7/5. This app lets users meet like minded people and have conversations anonymously.

This app targets working professionals who would like to have meaningful conversations with strangers by staying anonymous. Hence, it serves as a platform to get anonymous feedback from professionals belonging to the same industry.

Youz lets users post secretly and send them to friends. The receiver doesn’t know about the sender. Also, there is a provision to send anonymous messages. Even this app celebrates 100,000+ downloaded with a high rating of 4.4/5

This amazing application allows you to connect with numerous people while still maintain your anonymity.  Though Sarahah serves like an online website and this is a messenger application, it is still good at grabbing all the necessary feedback and your friends’ views about you.

Vent is definitely not a website where you can collect your peers’ reviews and opinions, but it literally helps to vent out your personal feelings while staying anonymous. People do visit and read your ideas without knowing you personally.

There are tons of Alternatives of Sarahah that user may use to get anonymous feedback from others. Psychologists say that in an anonymous environment people find they free to give honest feedback. However, sometimes, the honesty might go over a limit. Anonymity, as psychologists say, can induce an urge to be aggressive and offensive. Hence, the users of Sarahah or any similar apps need to anticipate offensive feedback and prepare themselves accordingly. Do comment your views and queries. 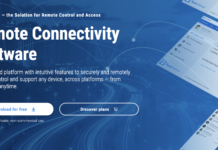