Emulators: An Android emulator is a program or software that emulates the Android OS on Windows operating system. You can also use this software on your MAC OS. This emulation lets users run virtual Android OS on their PC and laptops. So, by installing an Android emulator on your PC, you can use Android Apps, Play Android Games, & test your Android Applications without having an Android Phone.

But there are countless android emulators in the market, not all of them work properly. Here is a list of 10 best Android emulators for Windows 10/7/8 PC that are tested by professionals and accepted by millions of users. These top Android Emulators will assist you to get a fantastic Android user experience to you on your laptop or desktop.

Here Bluestacks earns the top place as the excellent Android emulator because of its high performance & stability. Bluestacks emulator is extremely popular & has been in the marketplace for a while. Primarily, Bluestacks App Player targets gamers & developers who make apps & test gaming content.

Bluestacks is the main mainstream of all Android emulators. There are several reasons for that. For starters, it’s well-matched with Windows and Mac. It was also one of the first emulators that worked really well that still gets regular updates. It also includes key-mapping & settings for several games installed. That must help make things much simpler. It’s one of the popular and heaviest emulators on our list of 10 Best Android Emulators for Windows 10/7/8 PC.

MEmu is the Android Emulator that provides Android lollipop Emulation on your pc. It works flawlessly on Windows-10, 7, and Windows 8.1 too. The best thing besides Lollipop Emulation is that MEmu could be used to emulate Android KitKat too; besides, it provides features, for instance, Touch emulation allowing one to play with Games on a laptop with Keyboard, Mouse & sometimes even Joystick. One can play and run almost all apps and games. It one of the best emulators for pubg mobile after Gameloop initially many users use it to play pubg mobile on their computer and laptops.

Phoenix OS is rarely recognized, but still, its users have not yet moved to a different emulator because this emulator has some great features & no-lag performance, that made this emulator one of the best emulator in the market. The android emulator runs on Android 5.1.1 on Windows 7, 8, and 10; it has the real regular features as keyboard, mouse & remote control compatibility. The virtual machine as Phoenix OS is accessible for Windows 10, 7, and 8 PC; also, if you want alternatives of Phoenix OS, then you can find top android emulators by looking more options.

Nox App Player is the top emulator for enjoying the real Android experience on your desktop and laptop. It’s smoother, stable, and completely optimized for both games & apps. With this emulator, you get a similar gaming experience as that of a gaming console. To fulfill the gaming experience, Nox provides some bonus utilities and additions, such as the support for the computer’s keyboard & mouse, as well as the gamepad. It could be leggy sometimes, but the general impression is pleasing. One better thing is that it doesn’t come with any added software.

Android Studio is the newest Android IDE, supported by Google’s Android system. It has amazingly versatile functionality & can start user applications quicker than actual computers. With a program of more flexibility and a more comprehensive view, customers can reach superior output & perspective their Smartphone applications. It facilitates limited memory high-definition games on the device.

LD Player is the latest contender for gaming Android emulator. It is one of the greatest kind and well-optimized for mobile gamers. Since its launch, it grabbed the attention of lots of emulator players. The speed and presentation of the LD Player play a vital role in its fast popularity. One more positive fact is that it provides monthly updates, & the team seems to be very active.

LD Player works well with both Intel & AMD chipsets & delivers a top-notch performance. But, LD Player runs on Android 7.1.2 Nougat & is likely to get future updates as well. It comes with a built-in app store that fulfills its function for exploring the latest games. LD Player offers the complete experience of an Android emulator on Windows PCs for gamers.

Droid4X is one of the top choices for simulating Android on your laptop or desktop. Add-ons are among the most beautiful things in this emulator, which you can use to improve the application’s functionality. It comes with a pre-installed Google Play Store & also beats contest in gaming, although several better options in terms of constancy. One greater feature is an app that you can install on your Android phone so that you can control games on your PC.

GameLoop, previously recognized as Tencent Gaming Buddy, is a popular Android emulator for gamers. In fact, it’s good enough that Tencent calls it the certified emulator for its game titles, including Call of Duty: Mobile & PUBG Mobile. Of course, it provides other games aside from Tencent’s, although its collection isn’t as huge as it could be. The emulator downloaded & installed fine, and the games we tested ran just good. This one is not excellent for productivity or developmental purpose. But, if you have an itch for mobile FPS gaming along with several titles, this is truly a fairly decent gaming emulator & it boasts an excellent collection of newer titles.

We’ve formerly talked about Remix OS, the full-fletched OS replacement for your Windows system that is based on Android, and provides you a whole desktop experience. But, if you wish to evade all the hassles of installing a new OS on your device, the Remix OS Player is good for you.

One more best and famous Android emulator for Windows is Genymotion. It’s a lot like Android Studio’s emulator in that it emulates the whole OS, except that this one doesn’t set up all the other developer tools.

This free Android emulator can run up to date versions of Android, not just old ones like several of these emulators. The way it works is you set up virtual devices by choosing the Android version you desire and the device model that must run that version of Android. 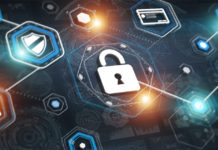 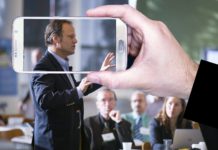