Instagram Dark Mode: The social media giant, Facebook, is known for some of the exceptional tactics. From acquiring popular platforms like WhatsApp and Instagram to making changes in the existing range of products to meet the expectations of the users through relevant changes, every move of the company is exceptional.

Check out: How to use iMessage on Android

However, the growing competition from the likes of the rapidly evolving platforms, the company seems to be in a tight spot. To combat the ever-increasing popularity of the platforms, the company has introduced one of the much-awaited features, namely, the dark mode. The feature has been much awaited as the white light from the screens itched the user’s eyes.

The newly introduced feature from Instagram has been much awaited and seemed evident from the users’ point of view. Other social media platforms like Twitter have revealed their dark mode long back, and the same was expected from the photo-sharing app. The change comes in the wake of rapid developments on other platforms.

The deletion of ancient features and the introduction of new ones indicate the importance the social media giant has been stressing on the platform. On the other hand, the new feature is expected to be smooth with our eyes, ensure better battery support, and a few other features. Moreover, the new feature allows users to choose from a wide range of options, and hence, avoid the one-size-fits-all process in the process.

Enabling dark mode on mobile platforms, namely, Android and IOS has been simplified. The new users can visit the respective play stores to download the latest version. For users already using dark mode in Android 10 or IOS 13, the application will open in the dark mode itself. However, if that is not the case, the users on the IOS will have to visit Settings and select Display and Brightness and then the dark option in it. On the other hand, if you have been using an Android phone, then you will have to look for Display and Advanced options in the Settings. Then the user can use the Dark from the Theme menu.

The mobile platforms are not the only platform where the change is evident. A very small fraction of users still prefers the Windows desktop version. Hence, the company made sure that the same is achieved on the platform too. One can easily enable dark mode from the settings menu.

Other alternatives include enabling night mode in Windows 10 or using several other software to achieve the same. The dark mode was earlier achieved through a range of software for both the mobile as well as desktop platforms. But with the introduction of the in-built feature will allow smartphone users to get rid of the redundant software for once and all.

Users will receive the dark mode on Instagram all across the globe. Users have been anticipating the feature for a long time, and with the introduction of the feature, the entire community has been celebrating the feature. However, the use of third-party solutions for night mode is expected to thrive as people need a lighter shade to avoid harmful blues in the night. The recent changes are expected to motivate other applications to do the same. Smartphones have become an integral part of our life, and with the rapid developments in the space, the industry is expected to proliferate further in the next few years.

Facebook has been making a series of changes in how the world perceives social networking. With the introduction of other popular formats like short videos, the company has been facing a lot of competition in recent years. This, on the other hand, has promoted the company makes relevant changes with time to retain the topmost spot. The introduction of videos and stories has been some of the primary examples of how the company can go to extremes to retain the crown. The company may be announcing a series of steps in the next couple of years.

On a good note, the dark mode on Instagram has become a great hit. Users have been waiting for the same long enough and hence cherish the advent of the new technology. However, a minor community of users thinks otherwise of it. The move is expected to be a bait for the retention of users on the platform. And to help the company remain in the limelight. On the other hand, some of the users have been facing some issues with the newly introduced features. However, analysts remain positive about the growth of the platform, and with time the element is expected to improve and help users to browse the platform effortlessly. 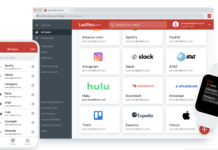 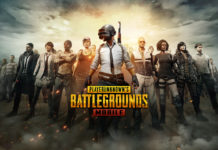 20 Alternative Best Games like PUBG Mobile for Android and iOS